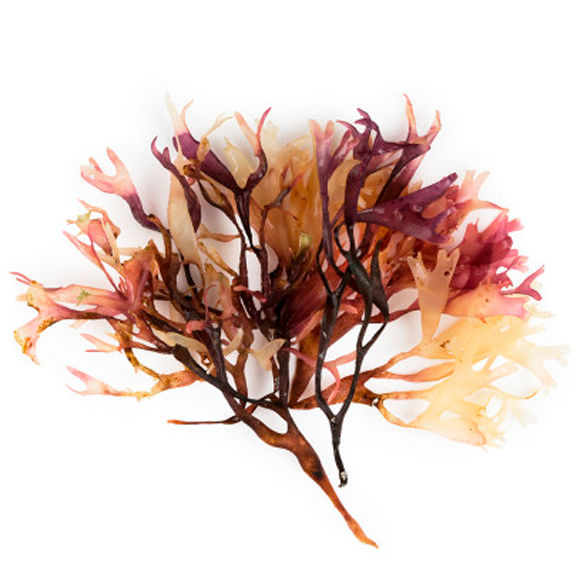 Carrageenan extract is a mucilage extracted from Irish moss seaweed which is dried and powdered. When put in contact with liquids, it rehydrates and jellies, acting as a thickening agent, emulsifier and stabiliser, while moisturising the skin as well.

The word carrageenan comes from carraigín, meaning ‘little rock’ in Irish. The seaweed extract has been used since 600 B.C in China and around 400 A.D. in Ireland where it can still be found in traditional desserts to create a jelly-like pannacotta.

Carrageenan was first introduced on an industrial scale in the 1930s and is widely used today as a vegan alternative to animal-derived gelatin and can be commonly seen in commercial vegetarian sweets.

This extract is produced in Spain and purchased by Lush through a UK supplier.