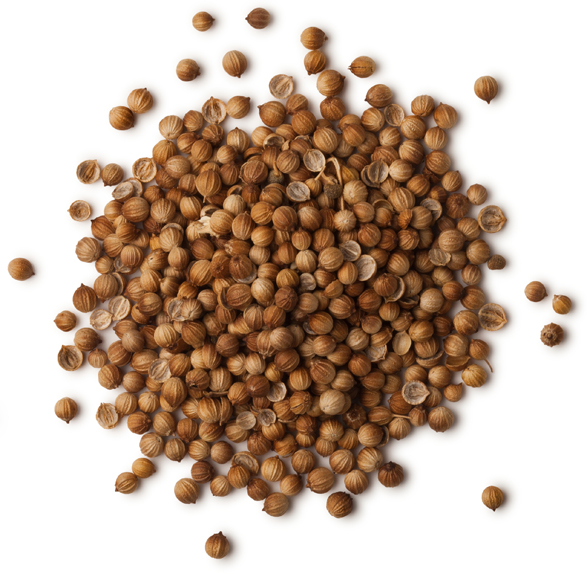 Coriander has a sweet, spicy, strong and woody aroma. It is known for its stimulating and warming effect on the mind and on the blood flow. It has also an analgesic effect on the muscles, antibacterial and antifungal properties.

Coriander (Coriandrum sativum) is native to the Middle East but now grows all over the world. Its leaves are feathery and it bears purple-tinged or white flowers and small green seeds. The oil is steam distilled from these seeds and its main constituents are linalool and geraniol.

The ancient Egyptians called coriander the spice of happiness, because of its uplifting and anti-fatigue effect on the mind, and used it as an aphrodisiac. It was also referred to as an aphrodisiac in the Arabian fantasy One Thousand and One Nights.