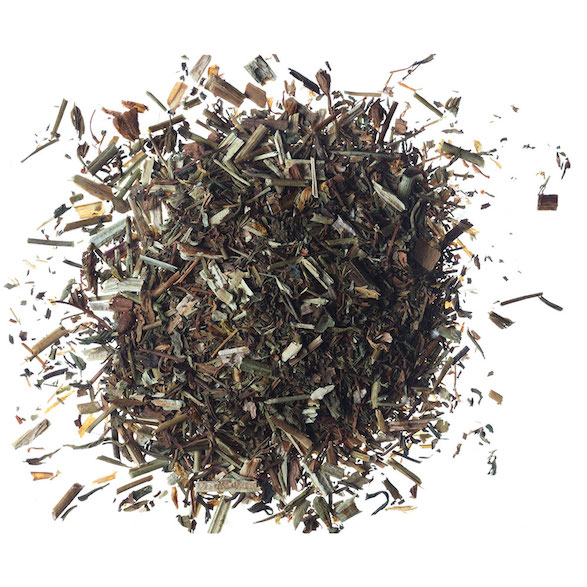 Dried St. John's Wort is macerated in olive oil to obtain all of its active compounds. Astringent, soothing and antiviral, the plant is a great ally in skincare and for wound healing. It is also said to promote skin cells’ regeneration.

St. John's Wort is botanically called Hypericum perforatum in reference to what appear to be tiny perforations on its leaves and petals, but are actually translucent, fragrant oil glands.

When squeezed or macerated in oils, these glands release two active chemicals called hyperforin and hypericin. Both compounds are of a vibrant red colour that contrasts dramatically with the plant's bright yellow flowers. This unexpected and colourful plot twist has nurtured many magical beliefs over the centuries.

A much-discussed herb, that St. John's Wort. Commonly used as a folk remedy, it’s been widely studied for its applications in modern medicine, especially in the field of mental health and wound treatments. Hyperforin and hypericin, for example, appear to have potent soothing and antiviral properties. However, research has shown that the herb can cause many unwanted interactions with drugs when taken internally. Fortunately, topical application has not been reported to have the same effects, and the plant is therefore considered safe for cosmetic use.