The Beauty of the Sound Approach

A diverse selection of bird recordings 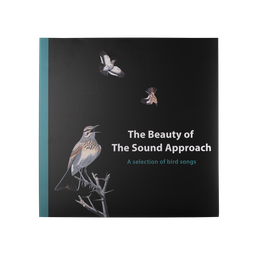 A diverse selection of bird recordings, with solo performers, communal displays and soundscapes containing many different species, including two tracks that feature mammals. The recordings come from locations as diverse as Moroccan deserts, the Canadian tundra and the Siberian taiga.

Selected highlights from 17 years of recording the sounds of birds and other animals. Whether it’s a thawing lake in the Canadian Arctic, a narrow plateau on a desert island in the Atlantic, the eaves of a house in a Spanish village or the roof of a yurt on the Mongolian steppes, these bird sound recordings will take you to places you’ve never been. Previously unpublished highlights from 17 years of travelling and collecting, with almost twice as many tracks on the accompanying USB

首頁 - The Beauty of the Sound Approach