Free standard shipping on orders over £45+

Dear John: The Road to Pelindaba

A story for a best friend 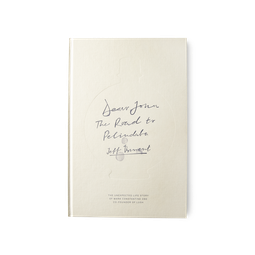 Lush Presents...When a TV interviewer asked Mark Constantine OBE what motivated him, the head of the £1 billion global cosmetics retailer Lush answered, ‘his entrepreneur’s wound’. Mark had been abandoned by his father as a baby and he had spent the rest of his life trying to impress a man who had disappeared in Kenya in 1954.

Fifty eight years later, on Mark’s sixtieth birthday, his lifelong friend, Jeff Osment, whom he had known since Cub Scouts, presented Mark with his lost family history. Jeff had spent nine months secretly tracing the Constantine family tree, looking for information that might uncover the whereabouts of Mark’s father and whether he was still alive. ‘Dear John’ is a captivating life story that starts in the seaside town of Weymouth and ends on a hillside in Africa, and everything that happened to a rebellious schoolboy and his friend, along the road to Pelindaba.

Dear John: The Road to Pelindaba by Jeff Osment is a biography of Lush co-founder Mark Constantine, published by Lush. This hardback book tells the story of Mark and Jeff growing up together. From being the biggest product supplier to The Body Shop, to his failed mail order business Cosmetics To Go, to the rise of Lush, this book will take readers on a journey through Mark’s life in business as Jeff also sets out to find Mark’s missing father. From the sleepy Dorset coast to a nuclear facility in South Africa, friendships will be forged, perfume made and the past uncovered.