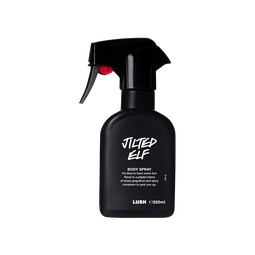 Revel in this playful blend of sharp grapefruit to perk you up, and spicy cinnamon to get the blood pumping. Don't leave this one behind this Christmas...

How to use:
Spritz all over the body, avoiding the underarm area, for an instant pick-me-up!