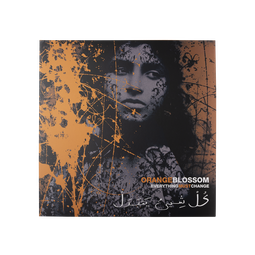 Orange Blossom - Everything Must Change

This glorious rush of European electro beats, West African polyrhythms, Arabic and Middle Eastern melodies and all out rock captures Orange Blossom at its best. This is music to dive into, bliss out to and to make you giddy. Originally released in 2005 it is still just as relevant, joyous and stirring - a testament to the timelessness of this cross-cultural gem. All the romance and heat of an exotic holiday location without the inconvenience of leaving home.

12oz vinyl with companion USB card containing all album tracks from the record plus additional tracks Bendimina (My Heart is Aching) and Ayoub, alongside album notes, artwork and pictures.

Homepage - Orange Blossom - Everything Must Change