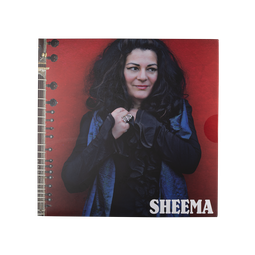 The “original sitar girl” Sheema Mukherjee wields her sitar deftly, with a certainty and coolness borne from a lifetime of honing her craft. This selection from Sheema’s catalogue guides us through moods, locations and genres. From driving rock to French pop, from traditional Indian ragas to British seaside outings to a joyful jumble of bhangra and ska, wistful remembrances and more. Includes the tracks that inspired the Sikkim Girls fragrance, Layer Cake soap and Street Spirit, the cover inspired by Karma