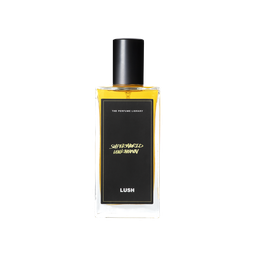 "It is so complex and surprising when I check my skin few hours later and it depends on the kind of activity and stress levels I would experience throughout the day, but it always picks me up." - dott_7057

"It does have this sweetness, but I can also sense lemons and some earthy stuff which I can't describe. My grandma said that on my skin it smells of freshness, like if I came out from a shower after using a lovely smelling soap (I guess that's a good thing)." - Majka

"This fragrance is my fave. It takes me back to feeling 17 all over again, when my boyfriend & I got together. Fun, youthful, playful & passionat. Total love from day one with both fragrance & boyfriend." - NoGlitterHere

How to use:
A gourmand crowdpleaser, cinnamon-esque cassia and cheerful neroli come together to put on a show. When you need a pick-me-up, spritz yourself with this sweet perfume, brimming with candyfloss and lemon sherbet notes.