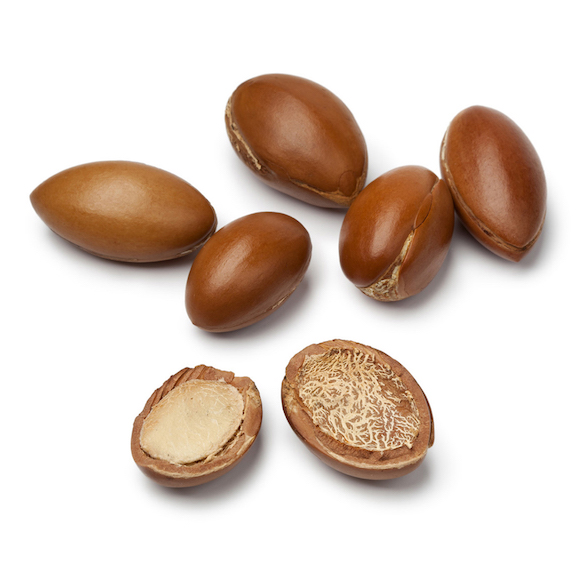 The golden argan oil is praised for its many benefits on skin and hair. Soothing, conditioning, hydrating... get used to glorious hair and healthy skin.

Argan oil is produced from the kernels of the argan tree. In Morroco, where Lush buy the precious oil, the very hard kernels are crushed by hand by women from different co-operatives, in respect of the traditional method. The released seeds are then sent to Agadir where they are pressed to make the oil.

Argan oil is traditionally used as a treatment for skin conditions, including acne and eczema. It contains high levels of fatty acids including linoleic acid which is anti-inflammatory and therefore will soothe the skin, and oleic acid which will protect and condition skin, scalp, and hair as well as restoring hydration.

There's also a lot of vitamins in this oil which are said to be antioxidant like the well-known vitamin E. Antioxidants are compounds that are thought to counteract the oxidation of the skin cells, which means they'll improve skin's appearance and strength.