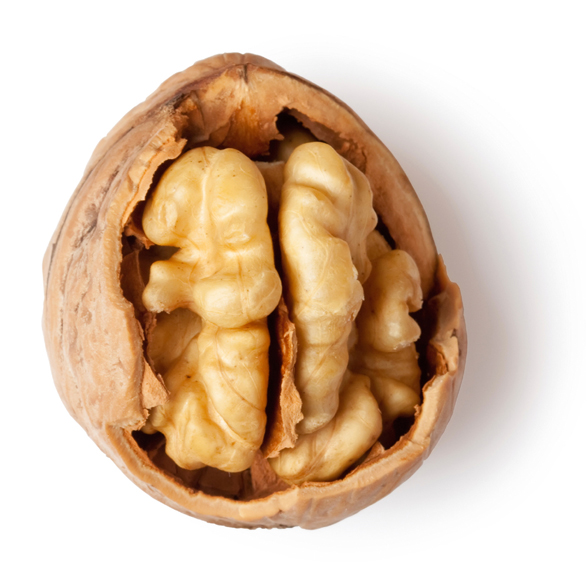 On the skin, walnut oil is emollient and moisturising as well as antimicrobial. It helps to keep the skin soothed, smooth, and balanced.

The large walnut tree can be found all over the world and grows up to 100 ft high and 12 ft in diameter. In late spring catkins and flowers appear followed by the fruits. The fruits each contain the woody nut, which is picked and cold-pressed to create the walnut oil.

During antiquity, walnuts were often tossed at Roman weddings, as a symbol of protection and good health. They were an important source of food and were believed to be eaten by the gods. The Latin name for walnut is Juglans regia, Juglans meaning ‘nut of Jupiter’ or ‘nut of the gods’ and regia meaning ‘royal’.

The walnut oil used in Lush products comes from the USA and Italy.