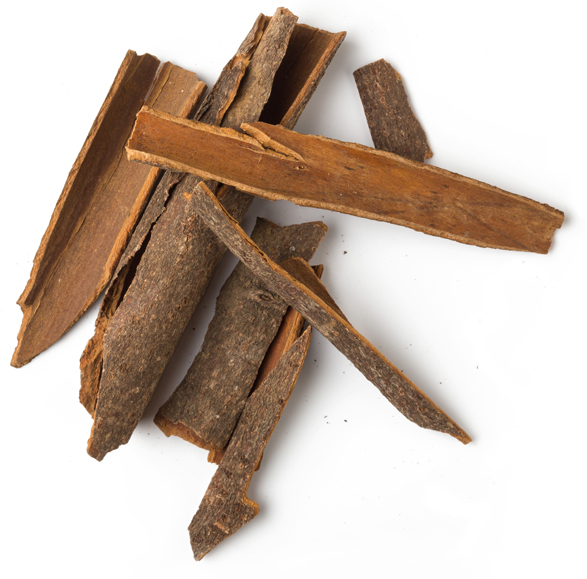 Cassia oil’s flavour, smell and colour are very similar to cinnamon although it tastes much sweeter. The oil stimulates the blood flow and is therefore used for its toning and warming effect on the skin while its spicy and slightly woody scent adds a comforting touch to fragrances.

Cassia oil is obtained by steam distillation of the bark, leaves and twigs of Cinnamomum cassia. These large, slender trees are native to Southeastern China but, due to rising demand - the oil is often sold under the guise of cinnamon oil as it is considered a cheaper and sweeter alternative - they are now grown globally.

Alongside its many health benefits, the oil is rich in phenol, a compound that fights the bacteria which cause organic substances to rot. It has therefore been used as a preservative throughout history.