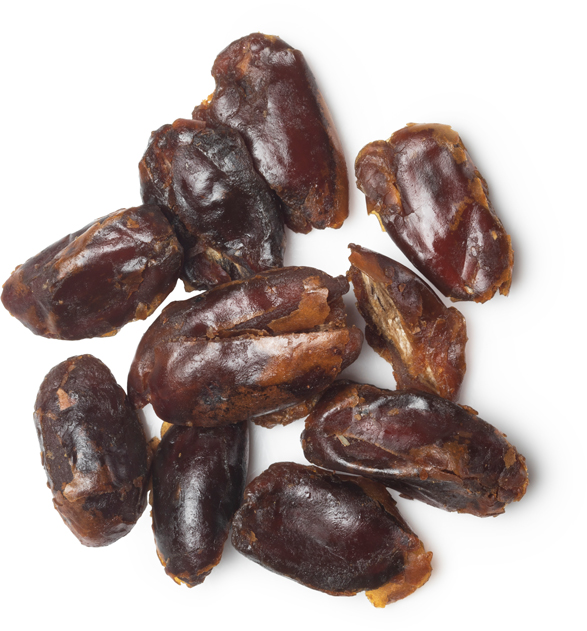 Sugary and sticky date syrup helps the skin to retain moisture as well as giving products a smooth and appealing consistency.

There are several kinds of dates, ranging from cylindrical to finger-shaped and varying in sweetness, colour, and texture. Dates are generally around 50% sugar and contain fibre, as well as some protein, vitamins, and minerals. The trees begin to bear fruit at around 4-5 years and are at their most fruitful at around 10-15 years of age, producing up to 80kg of dates each per year.

The ancient Egyptian and Mesopotamian civilisations treasured it too. Cakes and pastries were made using date flour, pastes, and syrups. In Greek and Roman theatres, dates wrapped in gold leaf were sold as snacks. The tree was also an important source of wood, fibre, and sap, and the palm has inspired a great deal of symbolism in many cultures and religions.