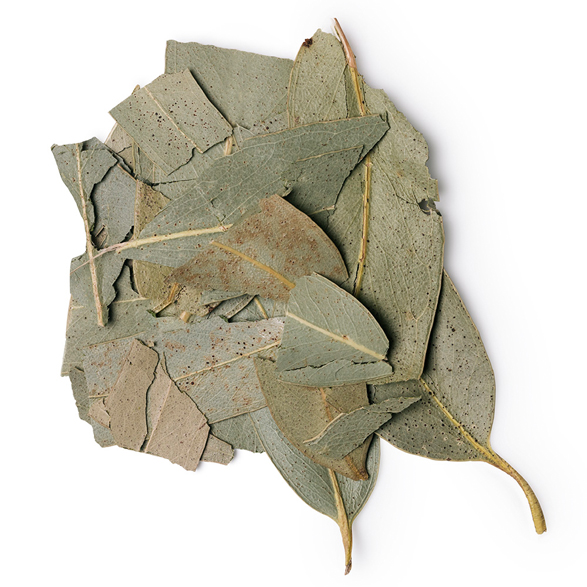 The sharp, refreshing aroma of eucalyptus helps clear and balance the mind. The oil also cleanses thanks to its antiseptic qualities and leaves a cooling effect on the skin.

The Eucalyptus genus is comprised of over 660 species of shrubs and trees of the Myrtaceae family native to Australia and other nearby islands. Eucalypti are commonly known as gum trees and can reach up to 90m with bluish bark and leaves covered in oil-bearing glands that maintain a blue shade until maturing into more yellowish tints.

Used by the indigenous people of Australia for centuries for its antiseptic properties, the eucalyptus plant and its derivative were later introduced in England under the name of 'Sydney Peppermint'. The oil quickly became popular for its soothing action for respiratory complaints thanks to a constituent called cineole, a powerful expectorant.

Lush source eucalyptus oil from China. The leaves go through a process known as rectification or double distillation. This is to obtain the purest version of eucalyptus oil, with an 80% concentration of eucalyptol (the aromatic compound responsible for the oil’s well-known scent) in every batch.