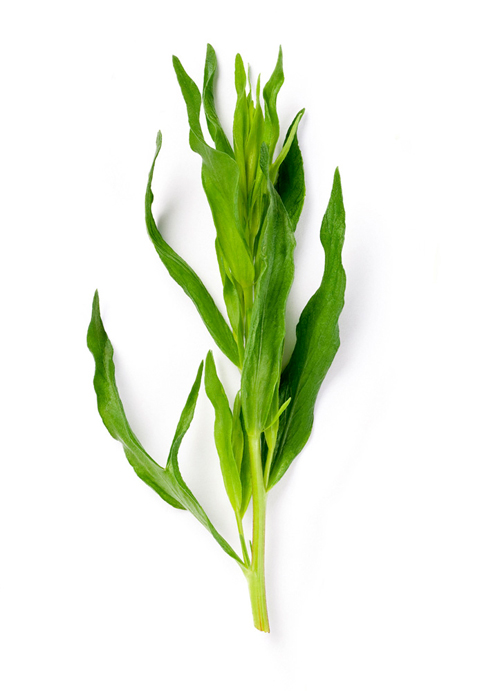 A plant that was once called ‘the dragon herb’, tarragon cleanses and soothes the skin while spreading a peppery and herbaceous scent all around. When inhaled, it is thought to bring positivity and calm to the mind.

Tarragon (also known as estragon) is a kitchen herb belonging to the mugwort (Artemisia) genus which comprises other aromatic herbs such as armoise and wormwood.

A herbalist’s favourite, it has been cultivated for centuries for the many medicinal properties that were imputed to the plant. Its long green leaves are also used fresh or dried for culinary purposes, adding vibrant flavour to any dish.

Lush purchase tarragon oil directly from a Hungarian producer. The leaves and flowering tops can be harvested twice a year, in July and September in order to produce the fragrant oil by steam distillation.