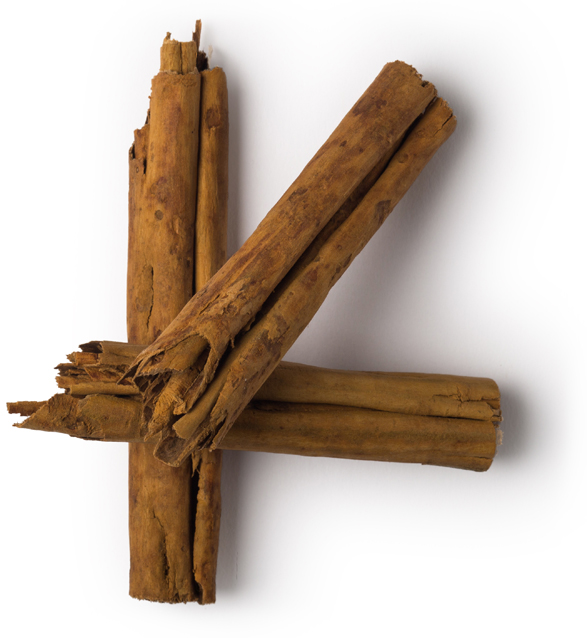 A good cleansing herb, cinnamon also has powerful antimicrobial properties. It is well-known for its fragrant, spicy and intensely warming scent.

This ancient spice comes from the bark of a tropical, evergreen species of the Laurel family. It is native to India and Sri Lanka and different to cassia or Chinese cinnamon. The familiar cinnamon quills are taken from the tree's shoots. The outer bark is stripped away, leaving the inner bark to dry out and curl. Finely grinding the quills gives the rich cinnamon powder.

In ancient Egypt, the demand for cinnamon and black pepper helped to begin the ancient spice trade, and thus, greater exploration of the world. It was highly valued by many and used as a perfume, medicine, preservative and flavouring spice. Cinnamon quills, according to legend, were used to make the nest of the mythical phoenix. The birds carried them to high mountain precipices and as the quills fell to the ground, they were collected and sold.

Today, cinnamon is used as a flavouring for foods and has also found its way into oral hygiene products and cosmetics. Its aroma is so sensual and warming it is thought to be a powerful aphrodisiac!