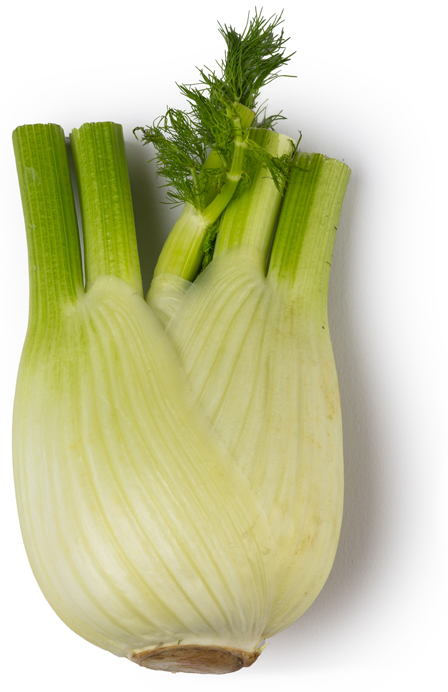 Both fennel oil and fresh fennel can be found in Lush products for their scent and their cleansing, toning, and stimulating effects on the skin. One of the main constituents of fennel is anethole, a large contributing factor to its aroma and antimicrobial properties.

A member of the parsley (Apiaceae) family, fennel is prized for its mild aniseed and liquorice-like flavour. There are different kinds of fennel: one is a herb whilst the others are vegetables. Originally from southern Europe, it is now naturalised around the world.

Herbalists use fennel to reduce inflammation, and in aromatherapy, the oil is recommended to cleanse and alleviate congested skin. In some cultures, people believed that hanging parts of the fennel plant outside the house would prevent witchcraft and ward off evil spirits.

Lush uses fennel oil that is obtained by steam distillation, in Spain.