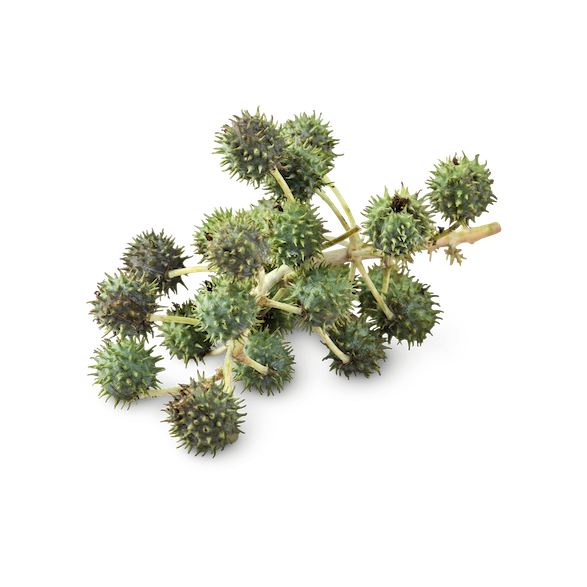 Castor oil is pressed from the seeds of the Ricinus communis plant. It moisturises and conditions the skin and hair, and also helps cleanse and soothe irritated skin.

Castor oil has been used medicinally around the world for 4,000 years, mostly to treat skin conditions such as eczema or psoriasis, as well as burns or acne. When plants help treat these conditions, it's usually because they're both antibacterial and soothing, just like castor oil. This is mainly due to the presence of ricinoleic acid in the seeds, which is an anti-inflammatory and antimicrobial fatty acid.

The oil also has a solid reputation for helping hair growth, although there’s a lack of scientific evidence to back it up. The common consensus on this is that castor oil cleanses and soothes the scalp so well while helping it retain moisture and balance sebum production, that it allows hair follicles to develop strong and healthy hair.

Finally, it can be mixed with sodium hydroxide along with other vegetable oils to create a thick and stable soap base that will be embellished with fresh ingredients, perfumes and vibrant colours.

The evergreen castor bean shrub is considered native to eastern Africa. However, Lush buy the oil from a supplier who works with a network of 830 organic growers in the Kutch region of India. It is produced by cold-pressing the seeds and goes through a clarification process by heating before use. The oil is a colourless, odourless and tasteless pale yellow liquid.