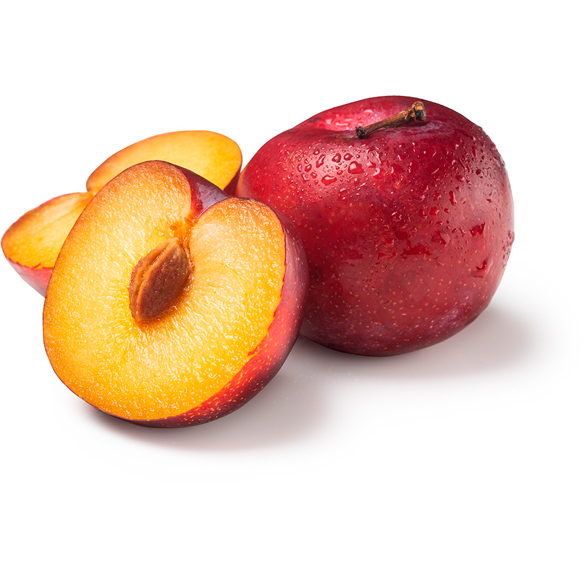 Obtained from the kernel of the plum, this oil contains a lot of oleic acid, also known as omega-9, which is a moisturising, revitalising and soothing component. Plum oil also coats and protects the hair without weighing it down and is readily absorbed by the skin.

Plum trees are grown for culinary and ornamental purposes around the world. The second most cultivated fruit after apples, plums come in thousands of varieties, though only a few of these are commercially cultivated. The Prunus domestica, also known as ‘common plum’, bears drupe fruits with a fleshy exterior surrounding a hard pit, within which the kernel is stored.

The fruits are harvested in August and September. The extremely tough pits have to be broken down by a mechanical hammer to obtain the small kernels inside, which are made up of around 20% oil. The finished product is pale yellow in colour and has a sweet, nutty, marzipan-like aroma.