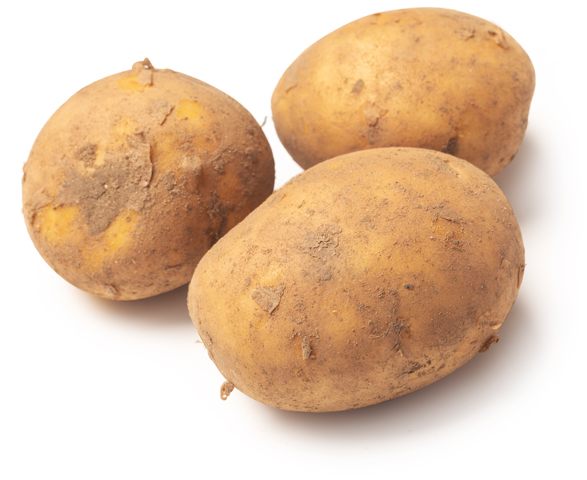 Potato starch is a volatile absorbing powder that swells and expands when rehydrated, creating a dreamy fluffy product texture.

Potatoes are native to South America and belong to the nightshade family as do tomatoes and peppers. They grow underground, and harvesting feels like digging in a surprise box.

Potatoes were introduced to Europe during the 16th century by Spanish conquistadors who discovered the tuber when invading Peru and brought it home. Crops started to flourish everywhere on the old continent, as potatoes are easy to cultivate and were soon considered as a good solution against famine. Nowadays they are part of many traditional dishes all over the world. Ever heard about French fries, mashed potato or potato salad?

Their high starch content can be extracted by cooking, drying and grounding the entire tuber. The final result of this process will be also called potato flour and is commonly used in baking as a thickener.