The President's Hat by Antoine Laurain

From page to bottle 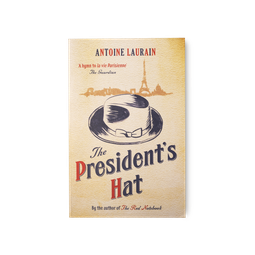 Dining alone in an elegant Parisian brasserie, Daniel Mercier can hardly believe his eyes when President François Mitterrand sits down to eat at the table next to him. He's even more surprised after the president forgets his hat when he leaves.

For two years, the iconic item of headgear plays with the lives of those who wear it. It eventually finds its way to the head of Pierre Aslan, a washed-up perfumer who has not created a perfume in years.

After wearing the hat, the perfumer is suddenly inspired to create a new perfume, as was Perfumer and Lush Co-Founder Mark Constantine when he read this charming story. The perfume Mark created was named after this book, with a bottle winging its way to the author to thank him for his role in bringing this perfume to life.