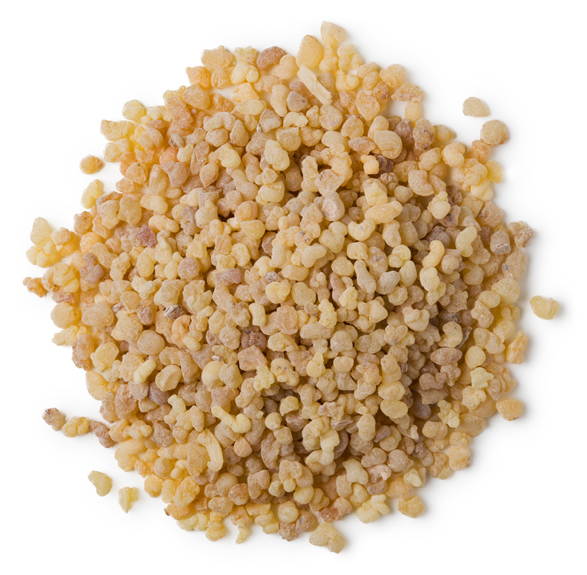 Olibanum resinoid (also known as frankincense) is incense at its best, relaxing and meditative, with a citrusy, woody and refreshing scent. Due to its sticky, resinous nature, it creates a thin protective film that softens, soothes, and minimises the appearance of fine lines.

Olibanum resinoid was one of the first materials to be used as a perfume. Firstly burned as incense and used during religious ceremonies by ancient civilisations, it became extremely popular at the time of the pharaohs, where it was also used in the embalming process. It retained an important role in religions throughout the centuries, to purify the air, ward off evil spirits and soothe the environment.

The resin is mainly produced in Somaliland, an autonomous region in northern Somalia. This area is the home of more than half of the world's olibanum and myrrh trees, which have become endangered as farmers are forced to over-harvest due to the low prices they receive.