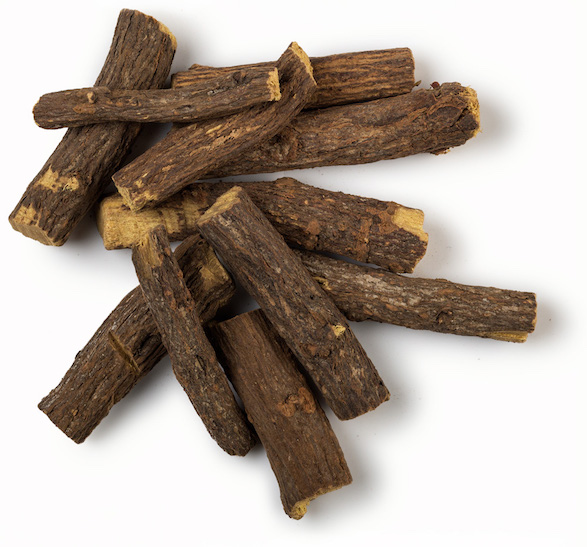 We make our own liquorice root decoction by simmering the roots in boiling water until half of it evaporates. It is antibacterial and moisturising, giving a gentle cleanse.

Liquorice grows wild in Asia and southern Europe but is mostly cultivated in the Mediterranean region. In the USA it is usually flavoured with aniseed while Dutch, Nordic and Scandinavian countries like theirs salty or sour. Most of the world's commercial production of liquorice is used to flavour tobacco.

Liquorice is fifty times sweeter than sugar and able to mask unpleasant tastes. Used medicinally since at least the time of ancient Greeks, it is still important in modern medicine. Topically, it is antibacterial, anti-inflammatory and moisturising.