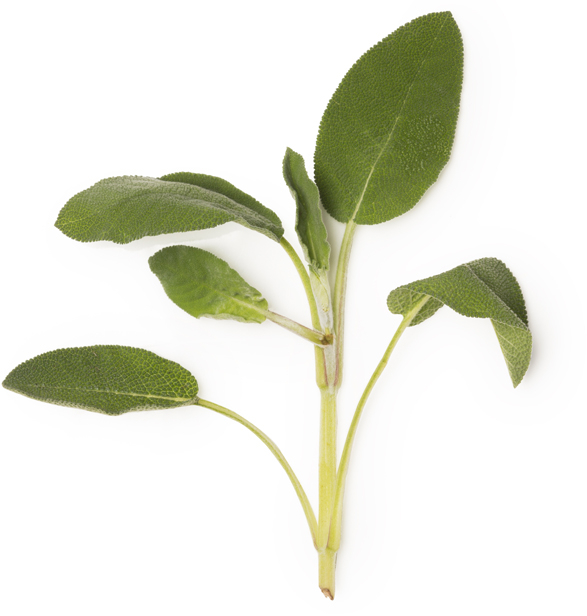 Although rough to the touch, sage is a gentle herb, filled with skin-soothing and protective flavonoids. Also used in cosmetics for its antimicrobial properties, it delights the synapses with its pungent and grassy aroma.

Sage is a perennial herb belonging to the mint family (Lamiaceae). It grows oval, downy leaves with different colours depending on the variety. The common sage is green and covered with white fuzz. Its flowers blossom in white or pink spikes and attract a variety of pollinators such as bees, butterflies and hummingbirds.

Sage has been used for centuries for its purifying properties, from cleansing ceremonies to wound dressing. Since Roman times, it was known as a ‘salvation plant’ where its name literally meant ‘cure’ or ‘save” from the latin ‘salvare.’ Before the Romans, both the Egyptians and the Greeks used sage for its healing, antibacterial properties.