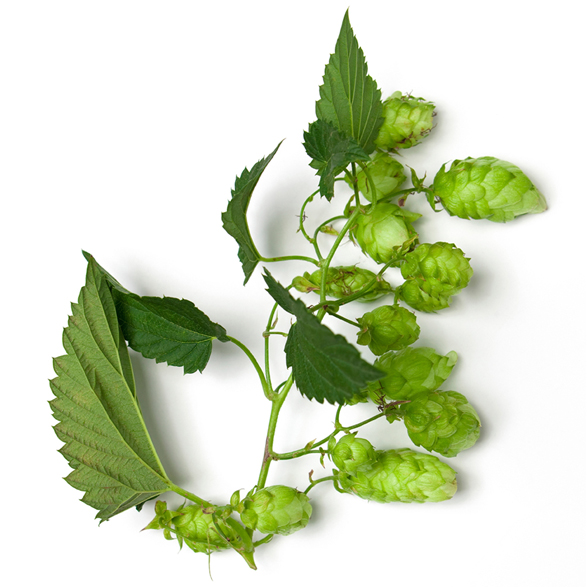 Putting hop flowers in warm water to drink or bathe is like singing an incantation to call Mr Sandman. Relax, think about a calm place you lov....zzz.

Hops will grow anywhere, except in desert areas. The female and the male plant grow separately and despite its appealing flowers, the male type is less reputed than the female, whose edible papery flowers are celebrated for their use in beer making. The green resinous cones are harvested in Autumn and are used to give the beverage a bitter flavour with nuances depending on the hop's varieties.

The oil used in Lush products is steam-distilled from the cones in the UK and has a very complex perfume, usually described as sharp, green and spicy.

Between all its components, myrcene is probably the most important, giving the oil its main aroma and a soothing effect on the mind and skin. Moreover, it is thought to be very antiseptic, helping to preserve beer longer, and therefore any kind of product it's used in.